Prof. John Hardy is a geneticist and molecular biologist at University College London. He is widely regarded as one of the driving forces behind the exploration of genetics in Parkinson’s and Alzheimer’s research. His work has paved the way for the development of disease-modifying therapies and novel drug discoveries. He is pictured above receiving the Breakthrough Prize in Life Sciences, the largest monetary reward in the field.

The following has been paraphrased from an interview with Prof. John Hardy on November 7th, 2017 discussing the broad topic of genomics and the recent advances made in the genetics of Parkinson’s disease.

Where is the complexity of human beings “stored” in the light of the fact that humans do not have significantly more genes than, for example, worms?

There’s an element of arrogance in us humans. We think we are more complex than other species, but I think that is just our own view of ourselves. I don’t think we are necessarily that much more complex. But one thing we are appreciating is how important genetic variability is in splicing, which allows any gene to make several different transcripts. That’s a form of additional complexity (as it allows for single genes to code for multiple different proteins.)

For example, Octopuses or Squids, which are extremely complex organisms, don’t do alternative splicing. What they do is RNA editing. So they generate complexity in an analogous but different way. That is a different technique that has allowed them to become the most complex invertebrate.

Why does the human genome have so many noncoding regions? Might those regions play a role in human development and disease?

To control splicing and expression. As we are finding the GWAS(genome wide association studies) hits for Parkinson’s, we are finding many of those are in noncoding regions. In my lab we are looking to see how those hits modify gene expression in the region of those hits. These noncoding regions have only started to become appreciated in the biological community within the last five to ten years.

How will the recent advances made in CRISPR further accelerate the development of new therapies?

First, as a lab technology, it has been transformative. We use it regularly to engineer cells to have PD mutations so we can look at what the effects of the mutations are. It is also very useful for creating transgenic mice.

For therapies it is difficult to guess. If I was to say the most exciting development of the last 10 years it would be the antisense treatment of spinal muscular atrophy(SMA), which was just approved last year. SMA is a rare motor neuron disease caused by a mutation in the SMN gene, the therapy corrects a defect in a pseudogene. The trial is an antisense nucleotide injected into the spine, it was halted early because they deemed it unfair to continue giving the control group a placebo, which is unheard of in clinical trials. Five or six years ago I would have said there was no way this would work. I also would have forecast the same for CRISPR technology and again I would have been wrong. I still would say we are a long way from seeing CRISPR based therapies but I’m a bit more humble about predicting the future than I would have been five years ago.

How does the microbiome affect our genetics? And how will our emerging understanding of it impact genomics?

Would it speed up discovery of new therapeutic targets if we sequenced everyone’s genome and would you recommend people get their genome sequenced?

There’s no doubt that finding more genes from sequencing is helpful. We probably have enough Caucasian sequences but we could use more African and Asian sequences to help those populations better.

Genome sequencing is a private decision. I did it 20 years ago and found that I was APOE3 homozygous. I’m not sure I would do it now because if I found out I was APOE4 homozygous(an allele strongly correlated with the onset of Alzheimer’s disease) it would be pretty devastating as I’d likely now be in my last decade of non-dementia.

Gene therapy techniques will be starting soon targeting cohorts of patients that carry specific gene mutations (Parkin, GBA, LRRK2, etc.), what should patients thinking of participating in these trials know before enrolling?

I would encourage them to enroll, though each trial does have its own downsides. I think the GBA trials are very exciting. If I was a PD patient I would definitely look for trials to enroll in.

A couple of different human trials will be starting soon targeting GBA mutations (substrate reduction, enzyme replacement, Ambroxyl), which one would you place your bets on?

Even people in the field don’t know ultimately which will be successful. They all seem like fair bets, for now we’ll need to wait for the results of the trials. The Ambroxyl trial is being run out of our institution so it would be easy for me to enroll in that.

How big and how direct is the influence of these genetic variations found in people with PD given that 95-98% of carriers never develop the disease?

It’s probably less than that, but the gist of the question is right, most people with these mutations don’t get the disease. We don’t know enough about the interaction between genes and environment. Those studies are just in their infancy but it’s incredibly difficult to set up a trial to test those interactions. I would not expect breakthroughs soon. DNA is just a string of nucleotides and if there is a mistake in it we can find it, but with the environment who knows? We have such a complex environmental history, it is very difficult. However genetics can help us focus a little bit on what environmental factors are important.

Is science itself even equipped to study the interaction between genes and the environment?

It’s very difficult. Once you’ve got two or more variables it becomes incredibly hard to work out what is important. Everything we do is dependent upon solving one variable at a time, which is very inefficient. No one has come up with a better way yet. Bonferroni, a statistician, mathematically pointed out that we can only isolate one factor at a time. (Bonferroni Correction)

Machine learning algorithms are being used to try and solve these problems and constitute our best hope at getting at a solution.

What emerging inherited factor or factors might account for the incomplete penetrance (when not all individuals carrying a harmful gene express the associated trait or condition) that these mutations confer?

There are a couple, one example is a paper that shows LRRK2 mutations are influenced by another gene variant that might explain incomplete penetrance in LRRK2 mutations. It was also shown to play a role in GBA carriers.

What is being done to further our understanding of the role of epigenetics in neurological disease onset and progression?

What would you like the PD community to know about the work going on in genetics?

Definitely look up the Ionis trial in spinal muscular atrophy. We know that alpha-synuclein overproduction causes PD, in principle we can use a similar approach to knock down synuclein expression. I think we are getting close to gene therapies for PD similar to this trial.

Asides from genetics, what other areas of PD research do you think are the most promising?

Some of the surgical treatments for PD, particularly the Duodopa pumps and advanced DBS therapies. Also the work of people like Roger Barker and the stem cell therapies his lab and others are pursuing is pretty incredible. 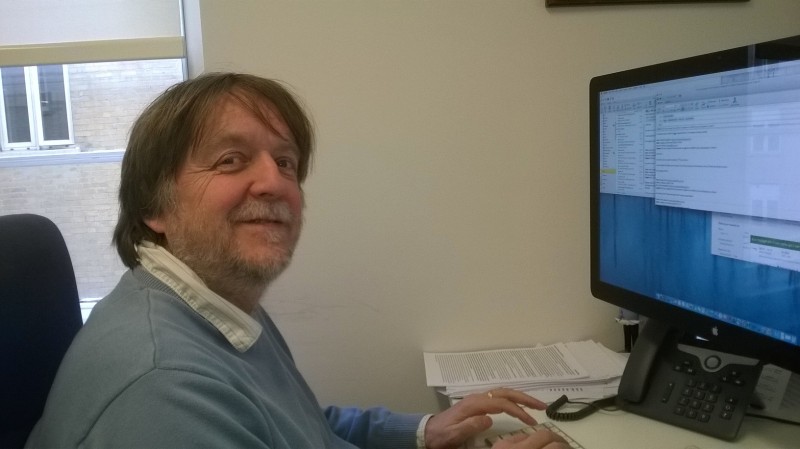 Click here for more on the work of Prof. John Hardy