Nearly four years ago your older colleagues diagnosed me with Parkinson’s disease. They told me, ‘there is no cure, but we are working on it.’ I have since traveled the world finding out as much as I can about what is going on in my head and what it is your field is working on. I have visited dozens of labs in 11 different countries and have spoken at length with over a hundred leading neurologists and neuroscientists.

I gotta start by saying that I’m pretty impressed by what medical science has figured out so far. Despite all the political infighting that has slowed us down, all the mistaken ideologies that have held us back, and all of our lust for profits, reward and recognition, we have made considerable progress in understanding who we are, how we develop, and all that goes wrong along the way.

But we have a long way to go. Neurodegenerative disorders are orders of magnitude more complex than the diseases we have stamped out in the past, and thus far we haven’t progressed much in our fight against them. Part of the reason is just how difficult a puzzle the brain is, that cannot be understated. But, another frustrating part is science itself and all that is wrong with it today.

As you begin your career, I believe it is important that you be made aware of these faults and that you realize you are being molded to fit the particular needs of the system surrounding science. Since it doesn’t seem like much of that is covered in your textbooks, I thought I’d write them down here just to make sure.

Most of your professors and science advisers know these cracks in the system much better than I do but throw up their hands believing there is nothing that can be done about them. More worrisome is that they also believe these cracks are getting wider all the time. The majority are also not in a position to say or do anything about it, they rely on the system to keep their esteemed positions and to continue climbing the ladder.

But I don’t have to worry about any of that. I am just one of the millions of patients waiting for your field to hurry up and give us some tangible results. Maybe I should just shut up and be grateful that medicine is advancing faster than at any other point in human history, but it’s frustrating to know that progress is being slowed by how science itself is done.

So, young scientist, below are the problems I have found, I encourage you to question them, engage your senior colleagues in discussions about them, and if you find them to be true, start thinking about what we can do to fix them.

Once upon a time, science was the simple and pure pursuit of curiosity. Someone had a question about the world and they went out and tried to answer it. Over time those people came to be called scientists. A couple centuries went by and that pursuit became systematized. Now, there is a strict order of progression which you must ascend and which often limits your ability to answer questions about the world.

At the crux of the problem is that we have changed the motivating force driving science. The goal is no longer to answer questions, progress human knowledge, help people or advance society. The primary goal of most research today is to get published. The entire field uses publishing in one of the leading journals as its benchmark for success, and it often determines who gets funding, who gets to run their own lab, who gets to speak at the big conferences, and who gets faculty positions. Almost all now rests on who gets published where.

There is some good that comes out of this. To get published does usually require discovery of something novel, which does spur progress. But one novel discovery then requires years of concessions and edits and re-edits and re-submissions, all to fulfill the whims of reviewers an editorial boards. This process delays new discovery and stifles further progress. While the review process does ensure that any new claims get sufficiently scrutinized, it is rife with inefficiencies and often depends more on politics and personal bias than science. Along the way it still does advance science, but it does so slowly because progress has been rendered a side effect of the system rather than its goal.

However, the beauty of being an individual is that you get to choose, even create, your own goals. You do have to conform to the system to some extent, but you should not allow it to dictate your motivations. Always remember that you are working towards something much bigger than getting your name published in Nature.

I may be biased but I believe one of the best ways to see what you should be striving for is to engage with patients. I have met too many researchers who only see the diseases they study under a microscope. It is not always pleasant, but you need to see the diseases in people to realize that what you see in a dish does not always reflect reality and that the goal should always be to rid the world of them.

If a proposed therapy has no intellectual property it can’t get off the ground. I have come across a number of therapies that have had reputed benefit but have been shelved simply because there is no IP attached. Without money to be made, therapies can’t get funding to run the clinical trials that can cost up to a billion dollars, and doctors are not allowed to prescribe therapies that have not passed clinical trial. The system has limited us to only being able to explore those therapies that can make money, which are for the most part just unique molecular compounds that we can synthesize and turn into a drug.

Problems like neurodegeneration often involve a number of factors that each kick off a cascade of biological pathways that may each need to be addressed to truly stop or reverse disease progression. Yet we have a system where the only solution that could get the funding needed to make it to market are single unique compounds. Seems like a rate-limiting step to me. (Chemistry joke anyone?)

Unfortunately I don’t really have a solution to this one. Money makes the world go round. I hope I’ll be proven wrong and that some kind of panacea will be discovered. But until that day comes, I hope more of you will look for solutions outside of patentable compounds. There are tons of other promising therapies out there that might not be as profitable but could be effective. Don’t blind yourself to them. 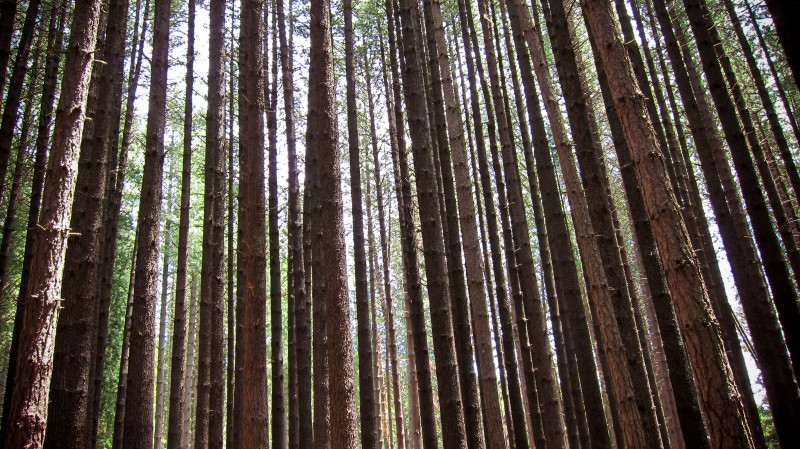 Neurodegeneration is a study in complexity, not only is the problem itself incredibly complex, but the field that has sprung up around it is also incredibly complex. There are people attacking this disease from dozens of different angles: genetics, stem cells, brain machine interfaces, proteostasis, the list goes on and on. At some point, early in your career, your institutions and your professors will push or pull you into one of the narrow branches of research that seems, at the moment, promising. You will then spend your entire career trying to carve out a name for yourself in that narrow space. This has produced fields of specialists with very few generalists capable of seeing and analyzing the bigger picture.

But we need more generalists, people who can look at all of the various puzzle pieces and start making sense of how they might fit together. The current generation of researchers are busy refining each puzzle piece or finding new ones, which is good, we don’t know enough about each piece yet and we don’t know how many pieces are yet to be uncovered. But we also need people who can develop rigorous methods for analyzing the field as a whole so we can better allocate resources and funding, and more importantly, start connecting the dots that one day may lead to a cure.

Also be wary of consensus. Today in Parkinson’s disease a consensus has built up around the idea that the misfolding of a single protein, alpha synuclein, is responsible for the disease. As a result, hundreds of labs and billions of dollars have been directed towards solving this misfolding protein.

But, what if we are wrong? The history of science is littered with times when a consensus emerged around a topic, only to later realize that we were asking the wrong question all along. Most of the researchers that I have brought up doubts of alpha synuclein  with have shrugged it off, making it seem like it has gone from prevailing theory to incontestable dogma. While the evidence for alpha synuclein is pretty compelling, I do wonder if we are not repeating the mistakes of science past.

Well that’s it dear future researcher. Take those suggestions for what you will and stay humble. Remember that we are just a collection of cells flying around on a rock in space asking questions trying to figure it all out. But it is the pursuit of answers to those questions, which we now call science, that is responsible for most of the progress we see in society. This is humanities’ greatest endeavor, and the brain is its most challenging frontier. My hope is that the next generation of curious minds, like yourself, can figure out a way to get the system to work for you rather than the other way around so we can really get to work on the important stuff.